How To Upgrade Ubuntu MATE

In this section I will demonstrate how to upgrade Ubuntu MATE 20.04 LTS to 22.04 LTS. I highly recommend that you backup your important files and folders before you start the upgrade process.

Open your Terminal and enter the following: sudo update-manager -c -d
Press Enter or Return and enter your password to continue. 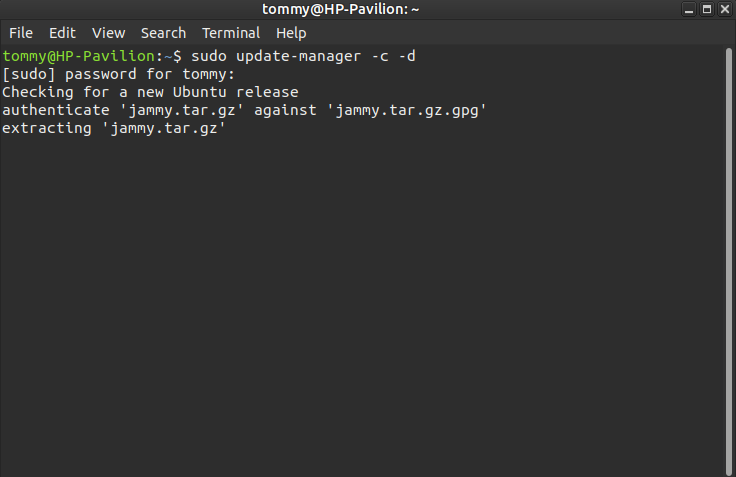 You can also press Alt+F2 key combination to bring up the Run Application dialog box. Enter the following sudo update-manager -c -d and then press the Run button. 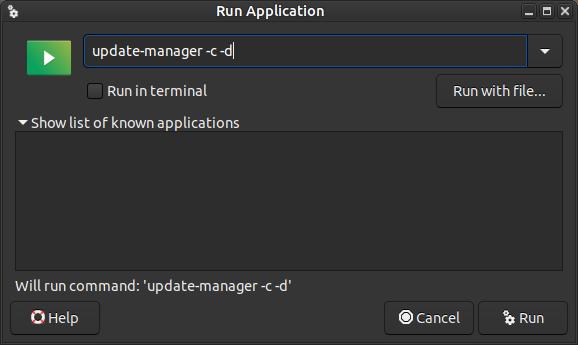 If a an upgrade dialog box box doesn't appear, then run your Software Updater.

After you get all the updates for your system you should see a message: Ubuntu 22.04 is now available (you have 20.04). Click the Upgrade... button to start the upgrade process. 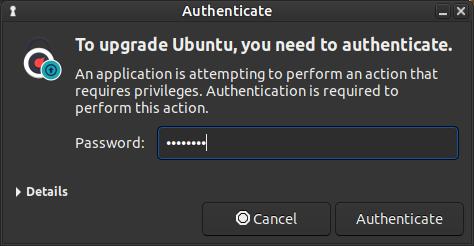 You will eventually see a Distribution Upgrade dialog box that will guide you through the upgrade process. Just sit back and relax and let it do its magic. 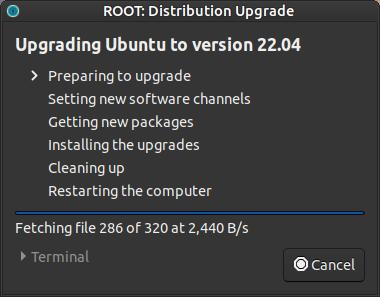 If you have any third party sources installed, they will be disabled during the upgrade process.

It will move down the list as each topic completes. 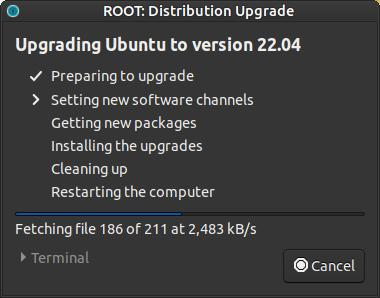 You will eventually be greeted with a large dialog box asking, Do you want to start the upgrade? Click the Start Upgrade button to continue. 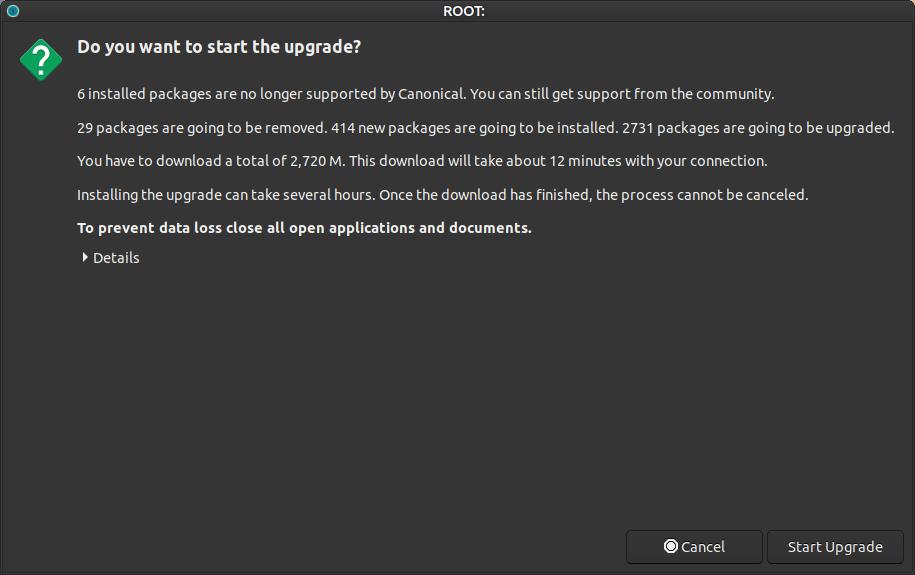 You may be greeted with the message below if your computer screen locks after a certain period of time.

Your Screensaver Preferences dialog box will appear to allow you to uncheck the Lock screen when screensaver is active option. Then click the Close button to continue. (If the dialog box doesn't appear then open it manually.) 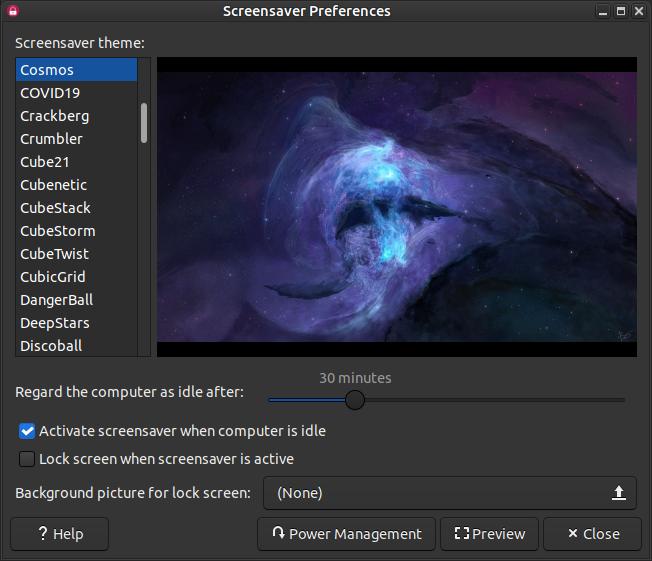 It will then start the Getting new packages section. This may take a while to complete. 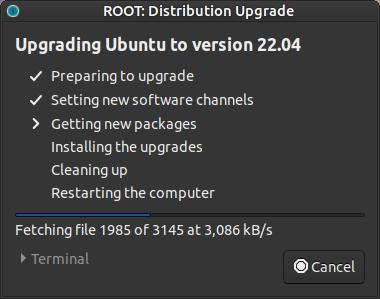 Next, you'll notice it Installing the upgrades. 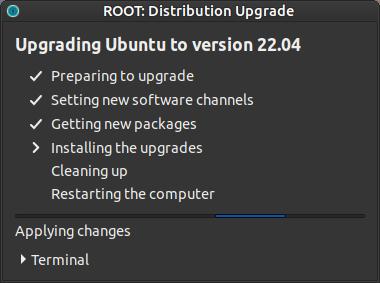 It will change your Firefox on your system to a snap package. Click Next to continue. (I know Firefox as a snap is slower than molasses, but don't panic. I will provide you the instructions below to remove the snap version of Firefox and install the .Deb version or Flatpak version. So don't throw your computer out the window at this point in the upgrade process.) 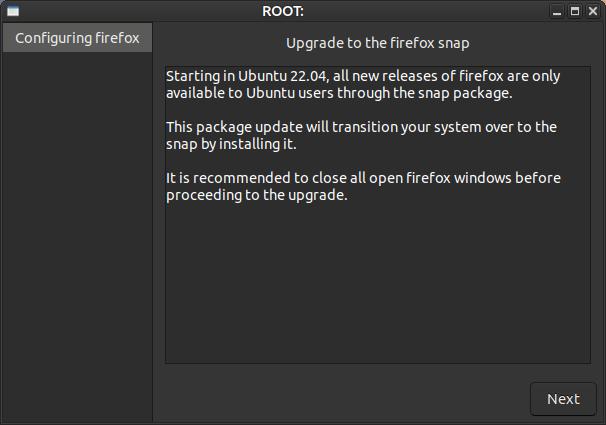 You may be given a few choices to Replace some of your customized setting or Keep them. I clicked the Replace button to get the newer version and then make the customization's later.

After the upgrade completes, it will start the Cleaning up process. 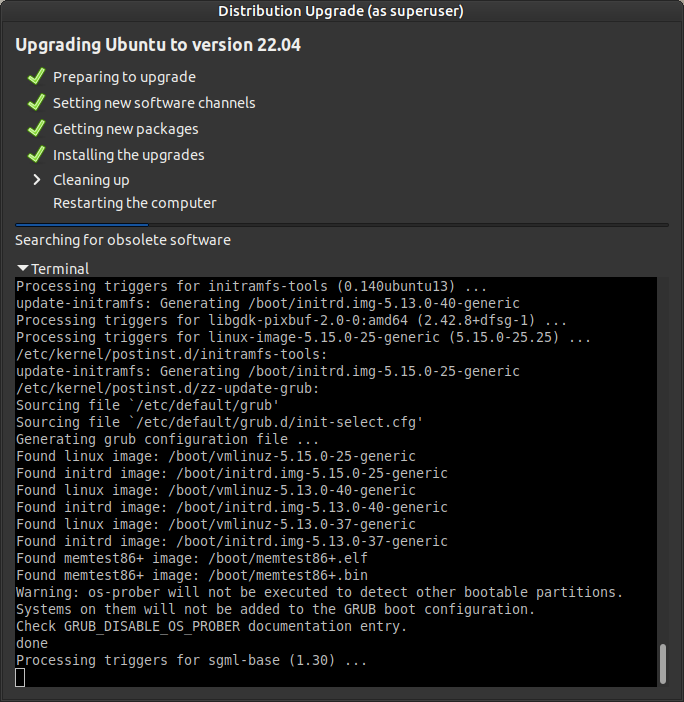 The last step is the Restarting the computer process. Click the Restart Now button to finish the upgrade. 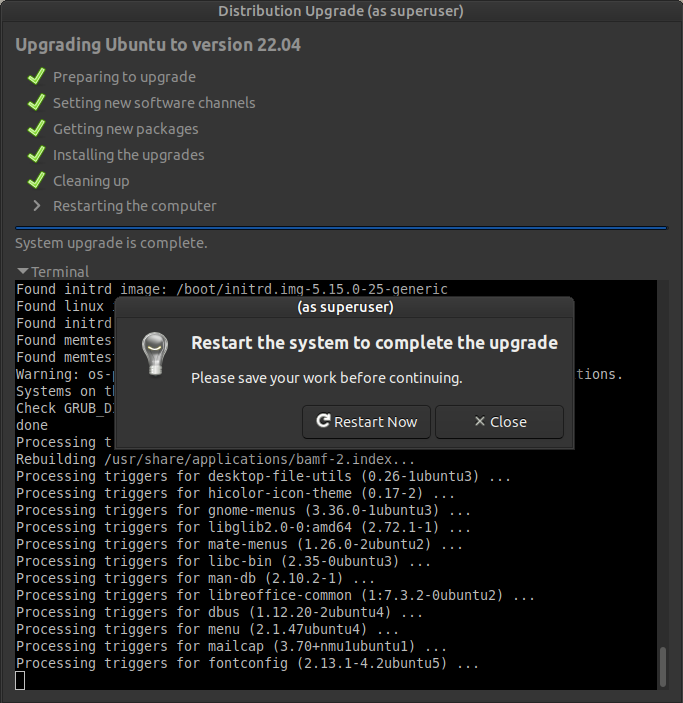 After the system rebooted I checked to see if there were any updates.

To my surprise I had an update for the Variety Slideshow that I have installed on my system. ​ 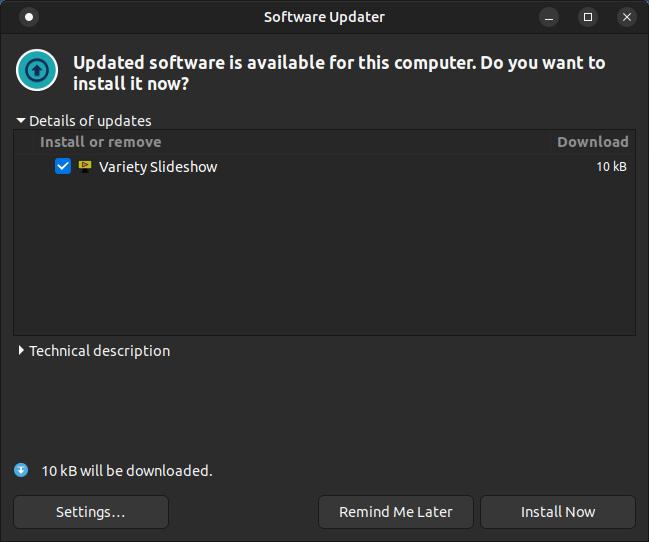 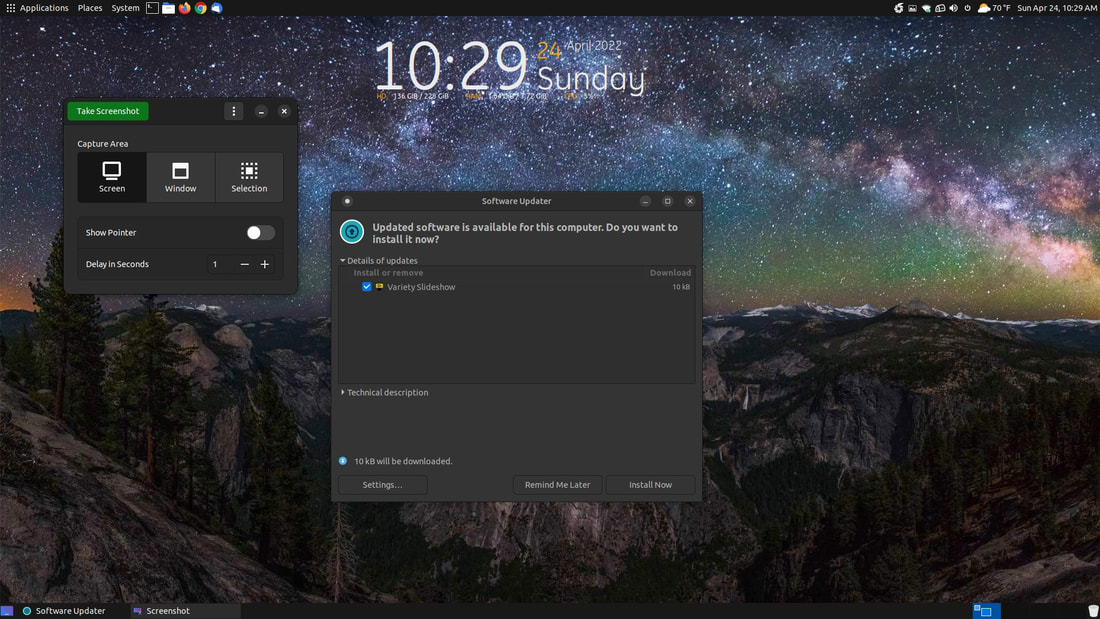 I eventually ran neofetch in my Terminal. Neofetch displays information about your operating system, software and hardware in an aesthetic and visually pleasing way. 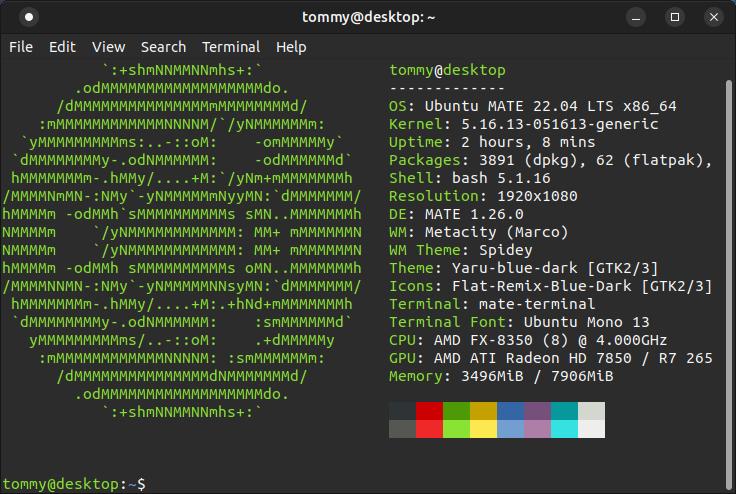 The Livepatch icon wasn't displayed in the 'top bar' after the upgrade, so I opened the Software & Updates dialog box and clicked on the Livepatch tab. I entered the Ubuntu Advantage Token for my laptop and clicked the Attach button.

I was then able to enable Livepatch and click the option, Show Livepatch status in the top bar. However, the Livepatch icon still didn't display in the 'top bar' until a few more updates.

I clicked the Updates tab and noticed my upgrade was Active until 04/21/2027 on my laptop.

I noticed that I had Weather, Maps, and Clocks icons in my Accessories menu. 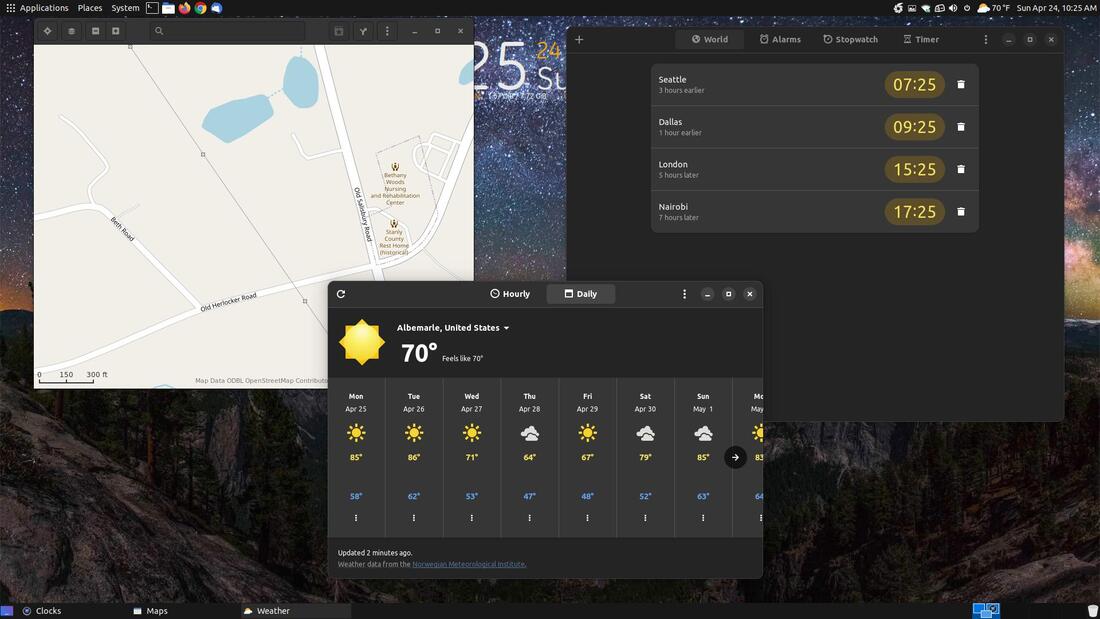 I looked to see if some of my most widely used software still worked and didn't get changed. I have to have Pinta on my system. 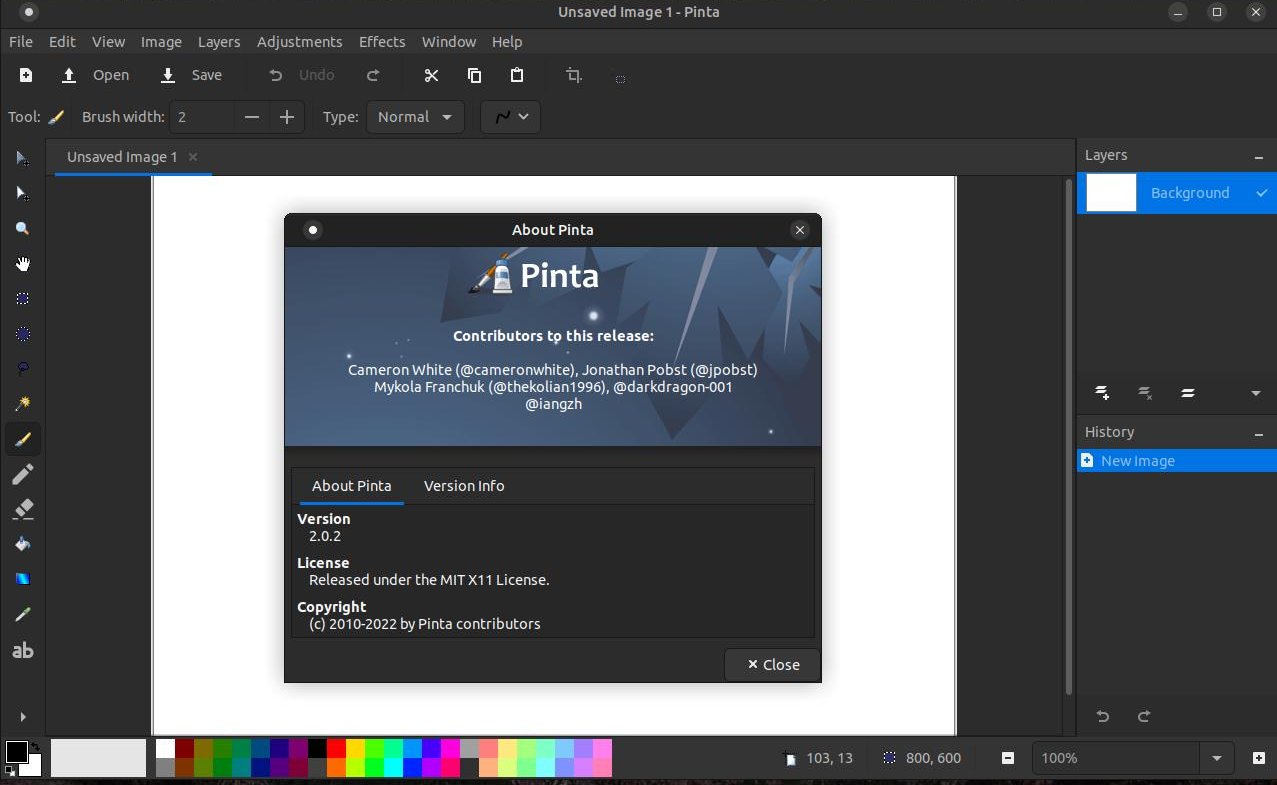 A couple days later I made sure that Shutter and Pithos still worked on my new upgrade. 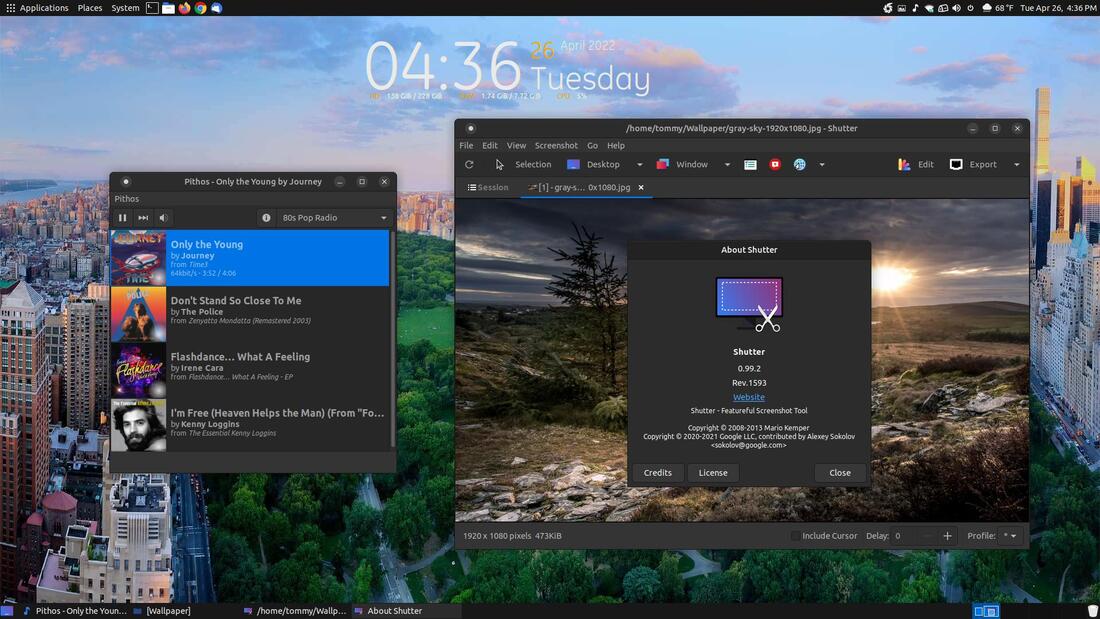 I had to make a few minor changes to get gThumb and Avidemux back to the way I had them configured in the previous version. 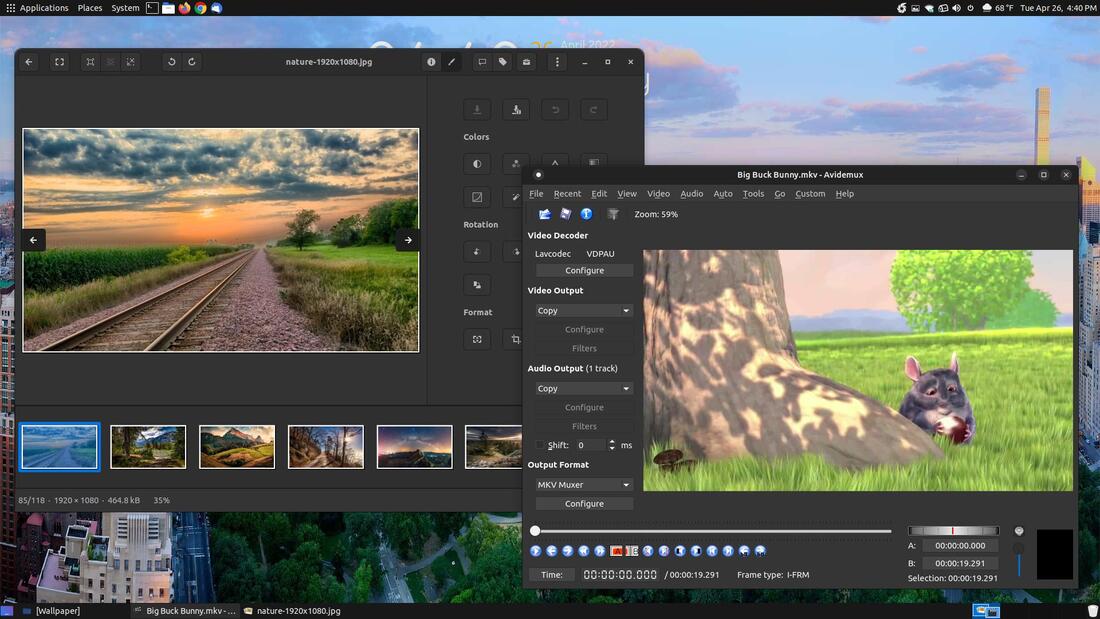 Several days later the Livepatch icon appeared in the 'Top bar.'  I updated my system everyday just to see how many updates it received since a new version was just released.

If you prefer Firefox to be something different than a snap then follow the steps from one of these three sites: Fostips, AddictiveTips, or omg!ubuntu! You will then notice the time it takes to load Firefox will be much faster. 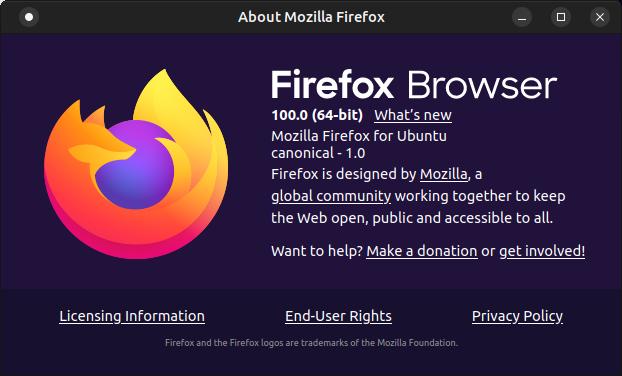 I don't hate snaps, I just don't like an operating system changing the way I prefer to install my software. This is not a MATE problem, it's an Ubuntu problem. At least we can go back to the Apt or .deb version of the program.
I noticed I have MATE Desktop Environment version 1.26.0 instead of 1.26.1. 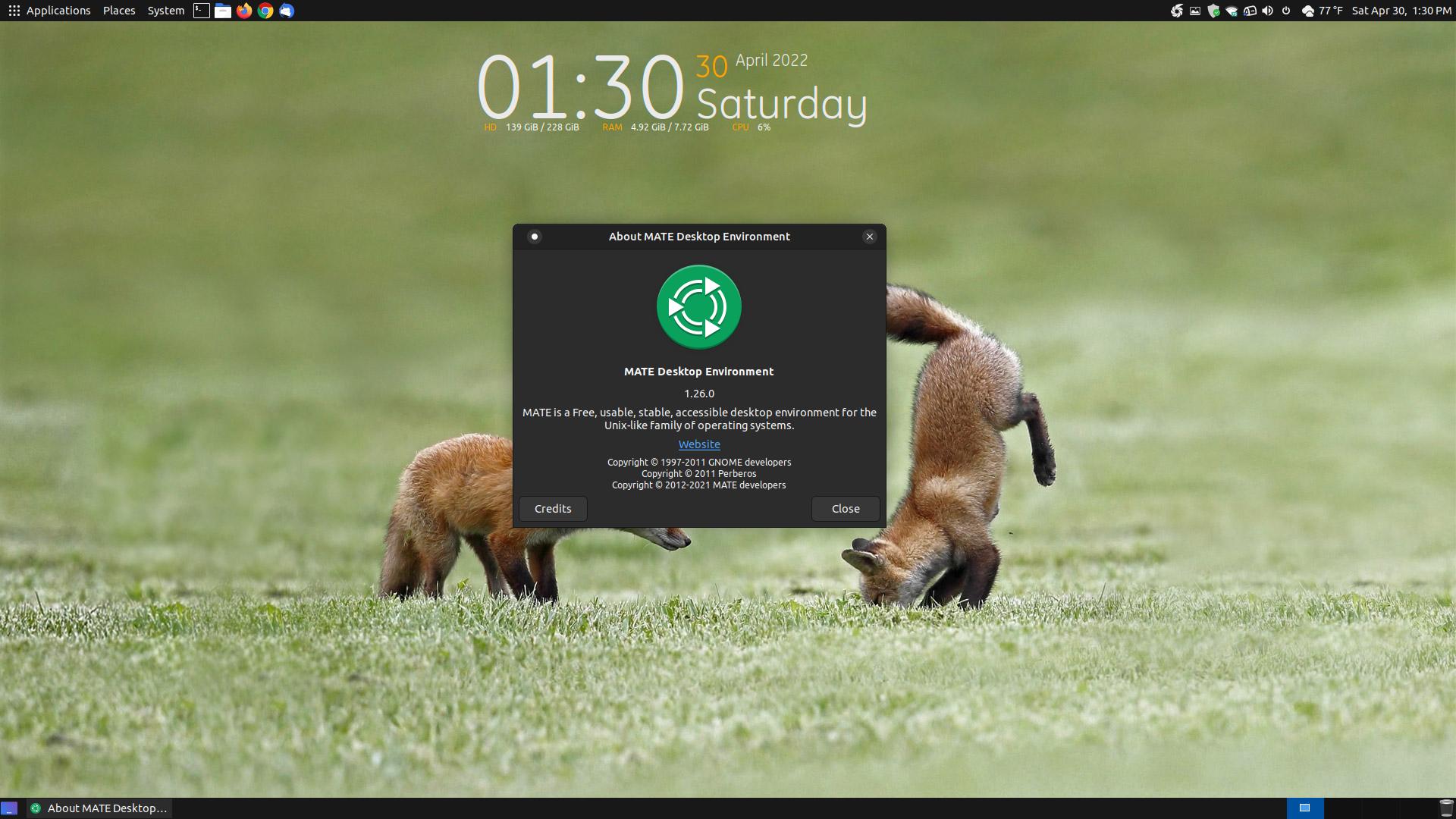 Another bug I encountered was the ayatana-indicator-sound or speaker icon in the 'top bar' had two icons for Pithos. The top icon is for the installed version and the second one is for the version that was installed before the upgrade. It's not a big deal. It didn't take me long to figure out how to remove the second Pithos icon and the Firefox Web Browser icon. I created the steps to fix this issue at How to Remove Media Players From Ubuntu Sound Menu.
Overall, I like the new Ubuntu MATE 22.04 LTS. It has the potential of being one of the best upgrades yet. ​ 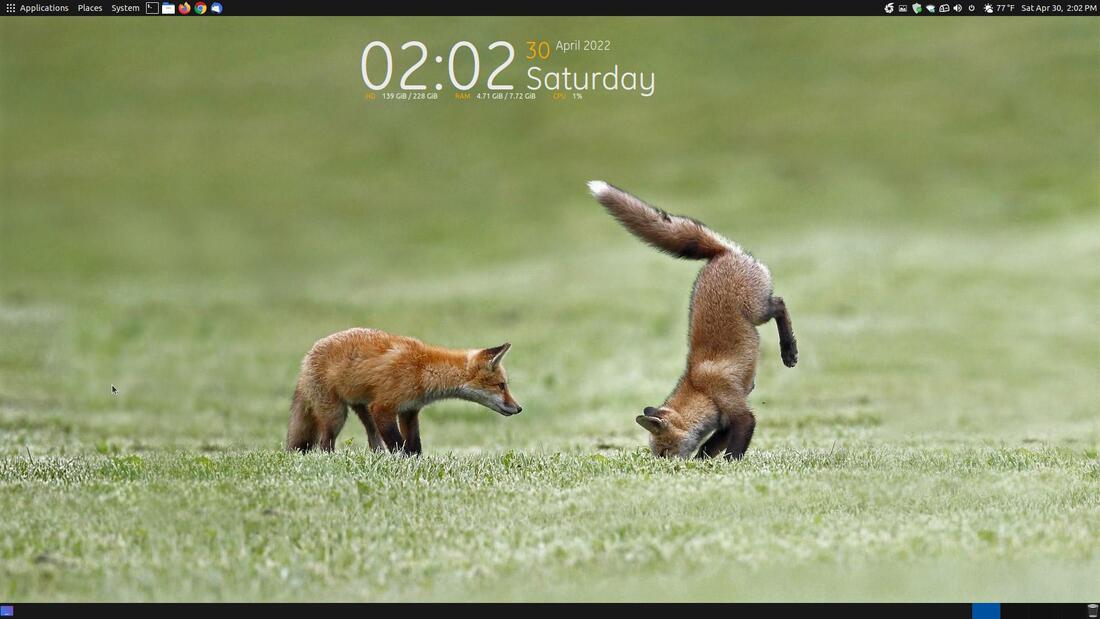 I love the Traditional menu or panel layout. It doesn't try to mimic MS Windows or Mac. I also like the way the creators of MATE listen to the individuals using it. I've seen many people say something like, "Why does everything have to be green?" You can now go into the Appearance Preferences and select a different color theme without having to download and install one. 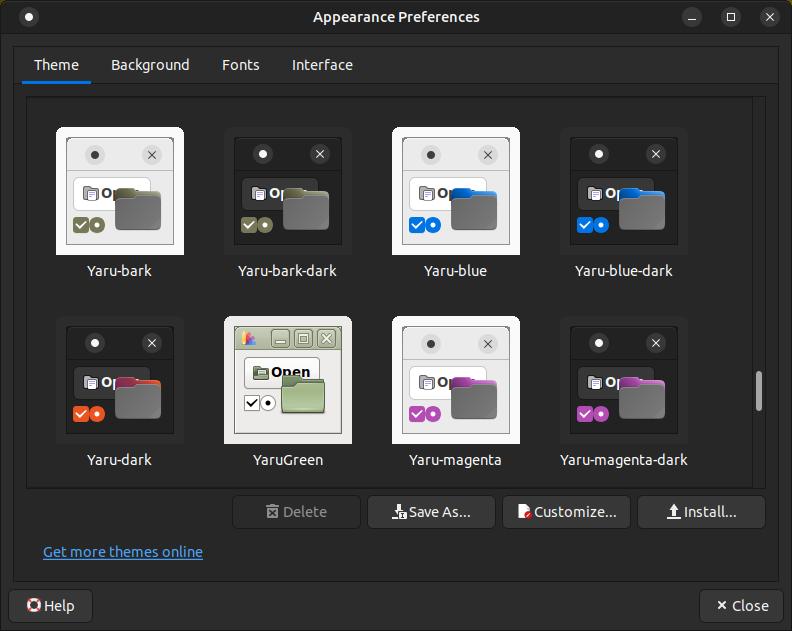 You also have the ability to Customize your system with additional themes, backgrounds, fonts, and more. 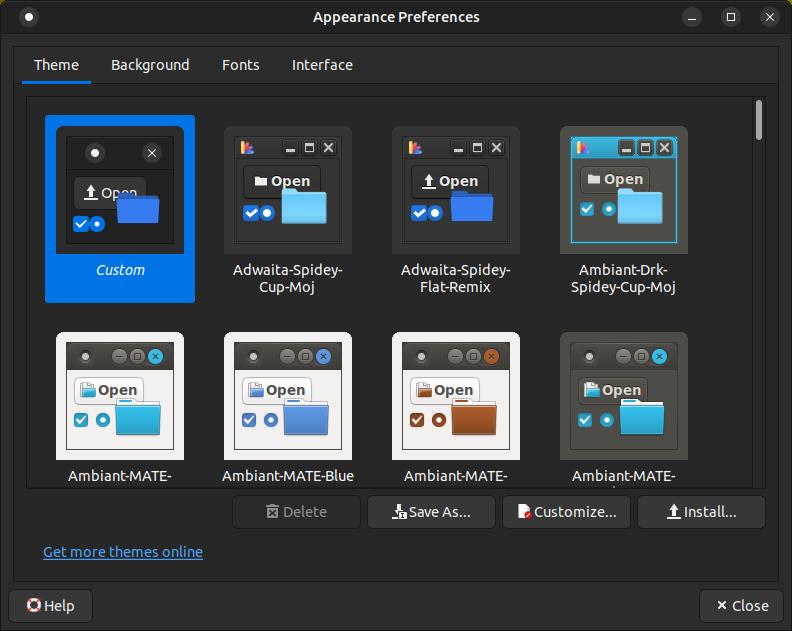 Ubuntu MATE 22.04 LTS allows you to change the appearance of the operating system and it is very stable and safe. If you think you've downladed a questionable file you can easily right-click it in your Caja file manager and select Scan for threats... 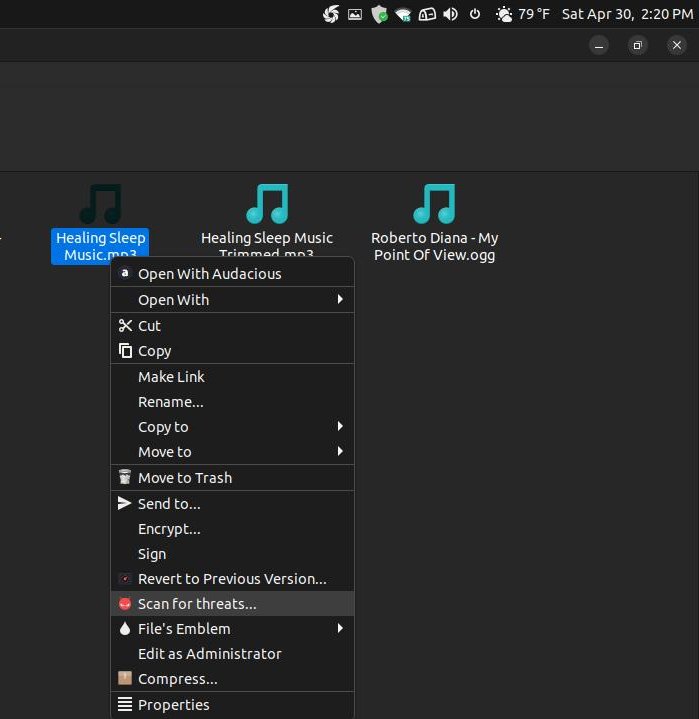 If you're looking for a wonderful operating system I highly recommend Ubuntu MATE 22.04 LTS. 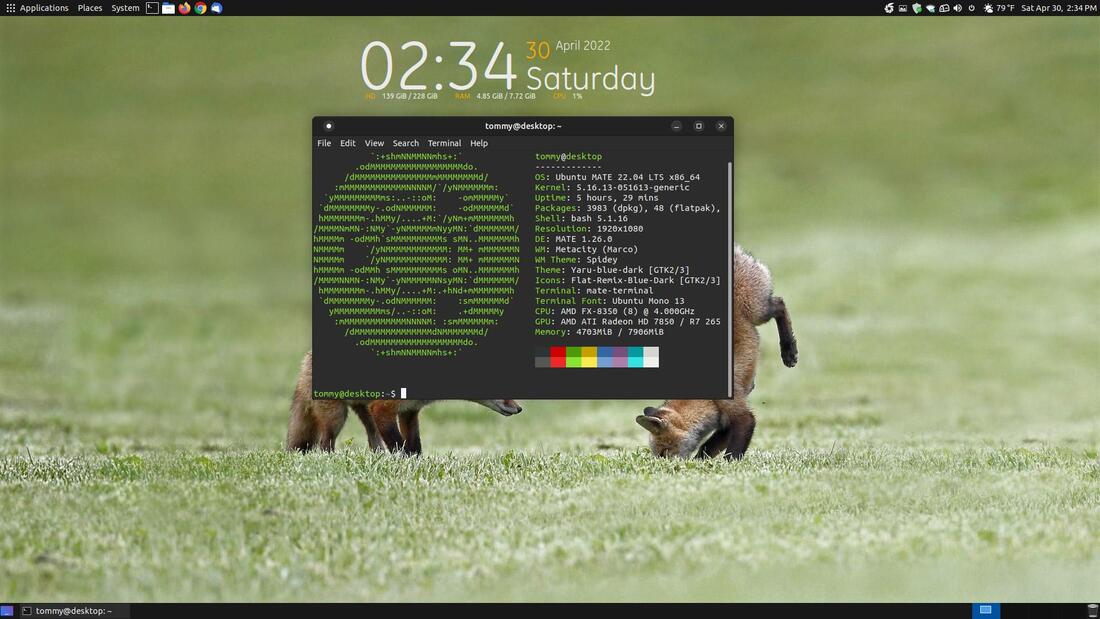