Firefox is a free and open-source multi-platform web browser developed by the Mozilla Foundation and its subsidiary. Firefox delivers safe, easy web browsing. A familiar user interface, enhanced security features including protection from online identity theft, and integrated search let you get the most out of the web. 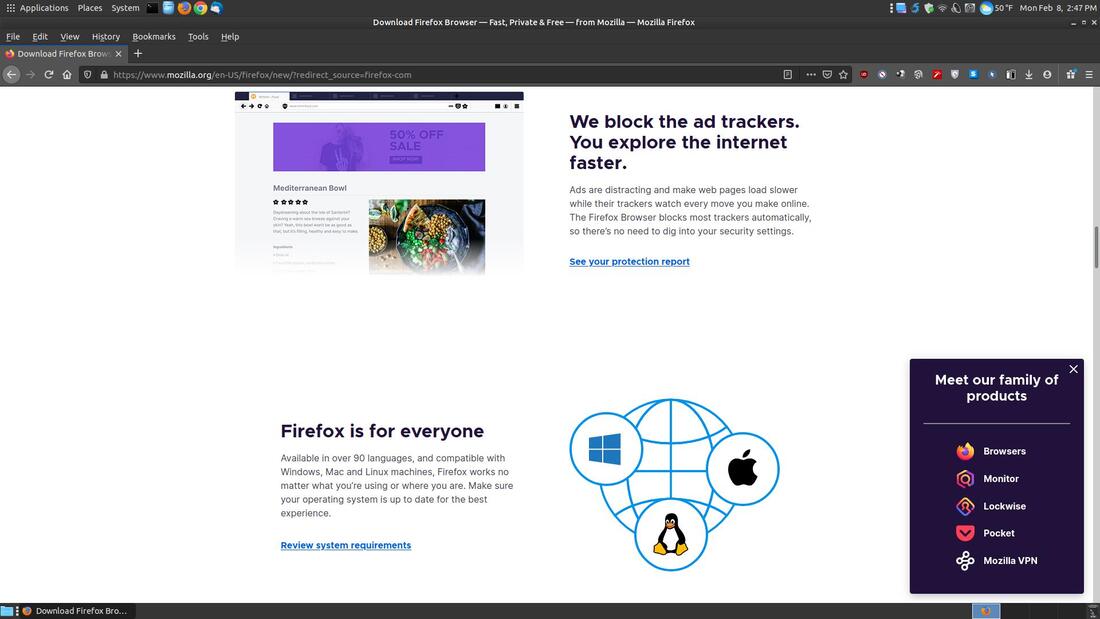 Firefox is the default browser for Ubuntu and many of the other flavors of Ubuntu (such as Ubuntu MATE). If you ever decided to uninstall it or accidentally deleted it, then follow the instructions below to put it back on your Ubuntu system.
How to Install Firefox: (For Debian, Ubuntu and Mint) 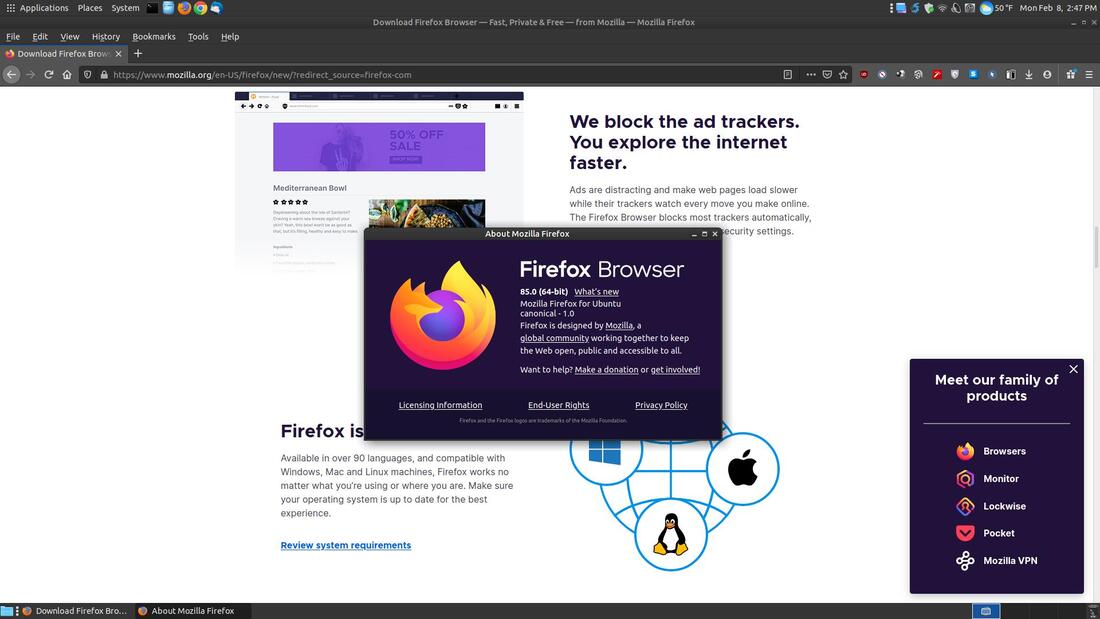 You can install the beta or testing version from the Official PPA for Firefox Beta site. You can also install the testing updates version of Firefox from PPA for Ubuntu Mozilla Security Team. You can also download the installation file for your linux system from Firefox Download for Linux (apk, deb, eopkg, rpm, tgz, txz, xz, zst). You can also download Firefox from their Firefox Browser website.
Firefox is a very secure and private browser; however, you can tweak it to make it even safer and more secure. Read the following websites for instructions to improve your Firefox privacy online:
Here's some recommended Firefox Add-Ons or Extensions: