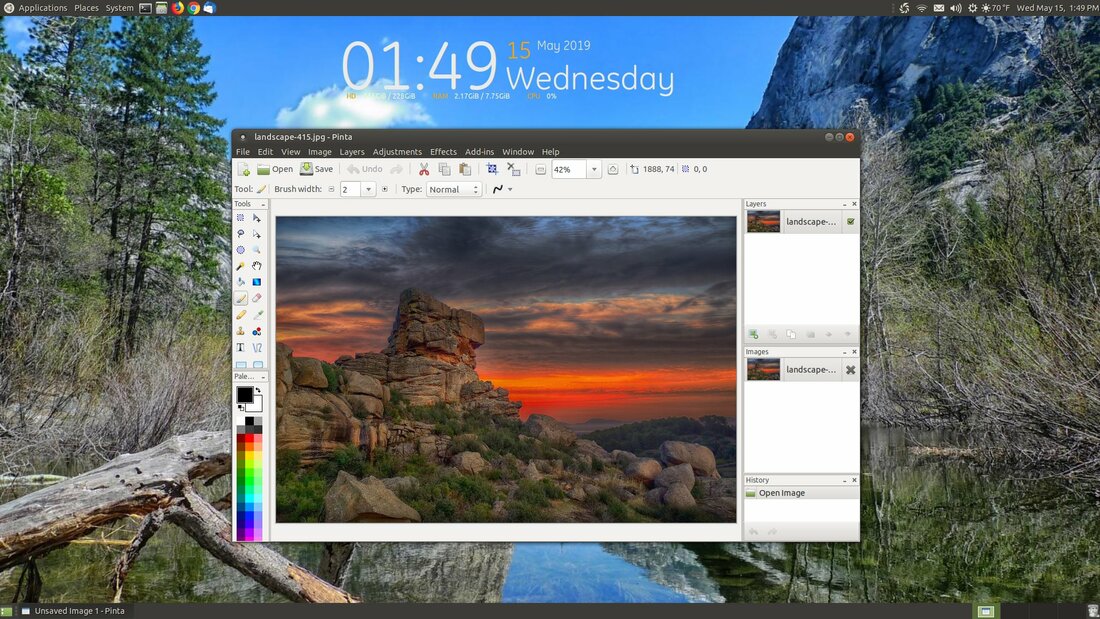 New Screenshot... Pinta has a built in screenshot tool that allows you to capture your desktop image. You can then edit your captured image. To capture your desktop, click on the File menu and then click on the New Screenshot... command. When the Take Screenshot dialog box appears, you can enter a number in the "Delay before taking a screenshot (seconds)." This will allow you to delay taking the screenshot so that you can minimize Pinta so that it will not appear the the screenshot image. This works great for creating thumbnail images for your YouTube videos.

Steps for capturing Pinta and the image you're editing. 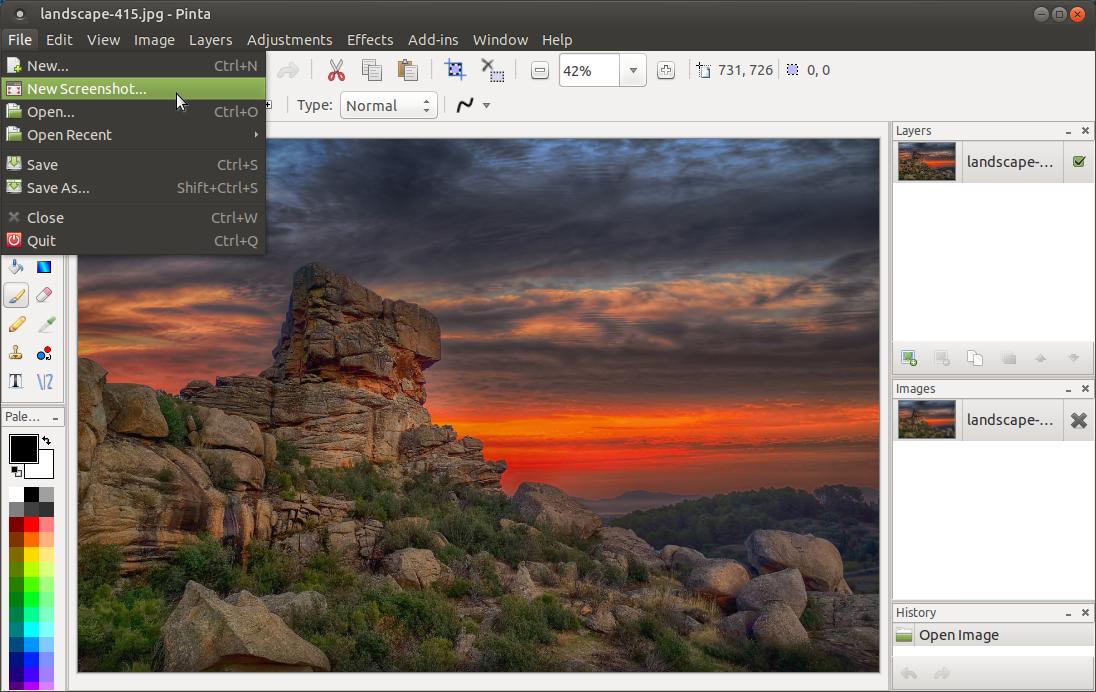 Image from Pixabay.com
Step 2: When the Take Screenshot dialog box appears, enter the number of seconds you want to delay before taking a screenshot and click the OK button. 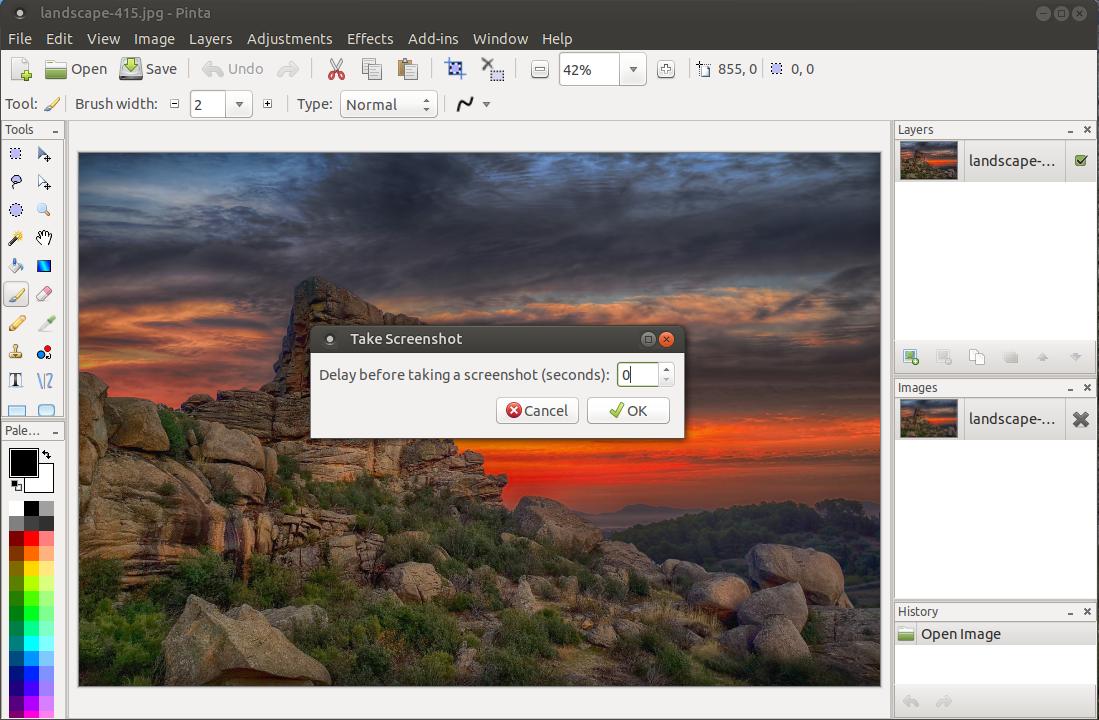 Step 3: You can now edit your screenshot of the Pinta program and image that you captured. 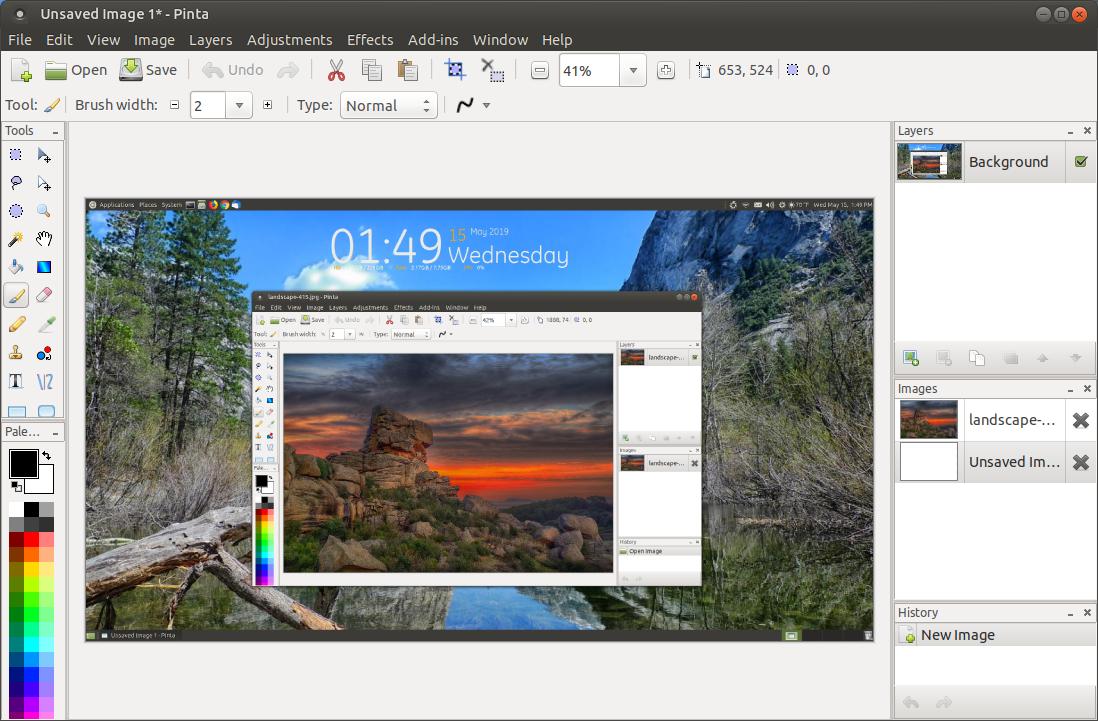 You can also use Pinta like a typical screenshot tool. You can just capture your current desktop and not include the Pinta program.