The General Availability (GA) kernel is the most stable kernel which usually comes out with an original Long Term Support (LTS) release and the Hardware Enablement (HWE) kernel pulls in the most recent versions of the Linux kernel. The purpose of the HWE kernels is to provide support for newer platforms and hardware components.

You can check to see if you have Hardware Enablement Stack (HWE) installed before you attempt to make any changes to your system. Open your Terminal and enter the following command: hwe-support-status --verbose

It will let you know if you are running the HWE or not. As you can see on my Ubuntu MATE 20.04 LTS system it displays the message: "You are not running a system with a Hardware Enablement Stack. Your system is supported until April 2025." 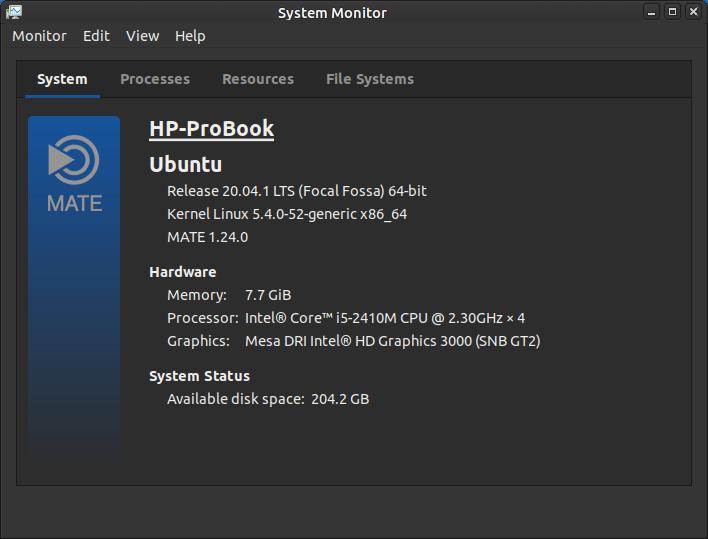 You can also get information about your computer and operating system by using System Profiler & Benchmark in your System Tools. You can see that my laptop currently has the Operating system of Ubuntu 20.04.1 LTS. 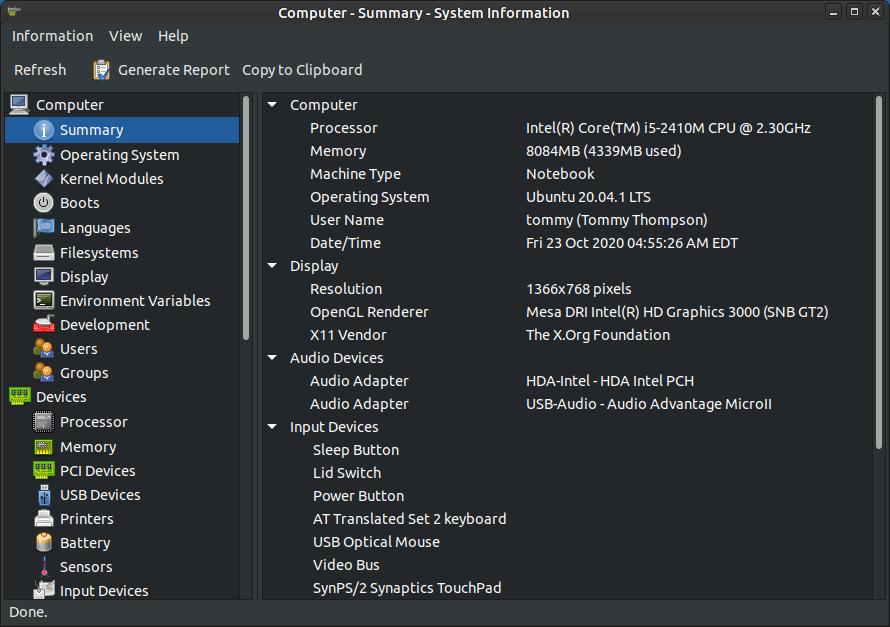 If you want to use the LTS Hardware Enablement Stack (HWE) on your Ubuntu 20.04 (desktop/laptop) then enter the following commands.
sudo apt-get install linux-image-generic-hwe-20.04 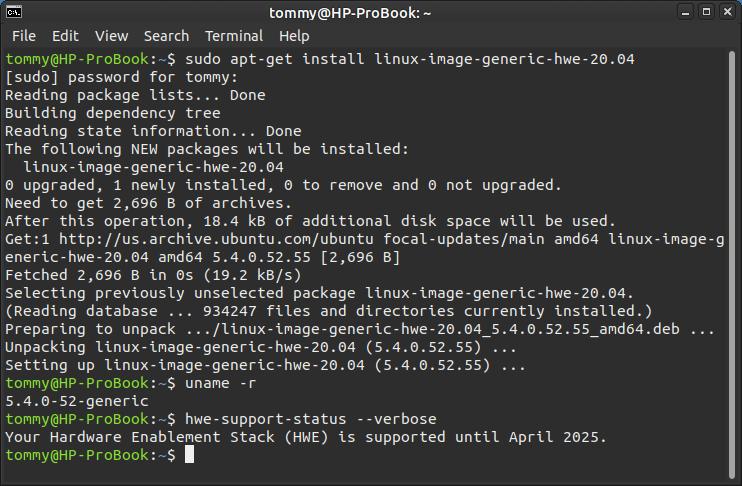 You can now re-enter the following command: hwe-support-status --verbose to verify if it installed the HWE on your system.
The GA Kernel and the HWE Kernel will be the same version until Ubuntu or Ubuntu MATE version 20.04.2 is released. Please check out the link below for more information on the kernel versions and and the HWE. 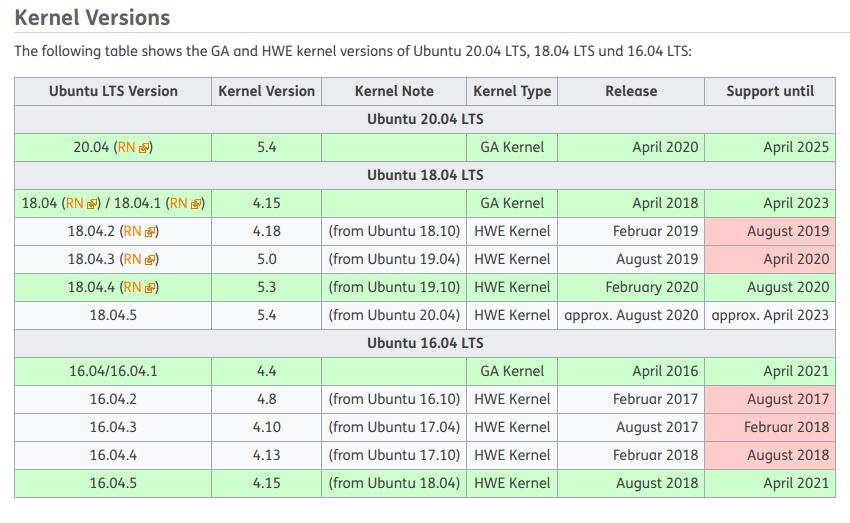 https://www.thomas-krenn.com/en/wiki/Ubuntu_LTS_Hardware_Enablement_Stack_information
How to Remove the Hardware Enablement Stack (HWE)
To remove the program enter the following:
sudo apt-get remove linux-image-generic-hwe-20.04
Now you can enjoy the LTS of your operating system while your system will get updated kernels to keep up with the ever changing technological advancements in hardware.