I love using Linux or Ubuntu MATE, but I do from time-to-time run into some issues that are pretty aggravating. For example, finding and using a reliable USB WiFi dongle that doesn't require the user to compile the driver when there's a major kernel update. I used to use the Realtek RTL8188AU driver for two WiFi dongles (one in my desktop system and the other in a laptop). I didn't mind compiling the driver with the older kernels 4.18 or older but when kernel 5 came out it changed things a bit. I created two different sections on my website and on YouTube that explained how to install the driver for external WiFi adapters or dongles that used the RTL8188AU or RTL8188EU chipsets.
If you have a Realtek RTL8188AU or RTL8188EU chipset then the information from the websites below are still relevant today as long as you're matching it for the kernel you have installed. (To check your kernel version, open your Terminal and enter uname -r)
However, recently I started noticing that I had to recompile or reinstall my WiFi driver more often. When a new kernel update would install it wouldn't keep my WFi driver, so I would have to reinstall my WiFi driver again. It's not a major problem but it does get a bit aggravating. I even noticed the number of comments on my YouTube videos and e-mails from people increased and most were about installing drivers for WiFi devices on their Linux machine.

Ubuntu Forums have a lot of people posting issuses similar to this thread: Update killed my USB WiFi adapter RTL8821AU. The author from Learning Penguin wrote an article called [Solved] How to install Realtek rtl8812au WiFi Driver in Linux explaining how to install the driver for the Realtek RTL8812AU chipset. However, his article has been modified or edited to try to keep up with all the changes with the Linux kernel. You can see from the comments at the end of his article that a lot of people still have trouble installing the driver.

This could be a major issue for someone switching to Linux. I've purchased some wireless WiFi dongles that claim to be plug-n-play or compatible with Linux or Ubuntu. I've also had some relatives and friends that purchased some and they've kept me updated as they've received kernel updates. Here's a list of wireless WiFi adapters or dongles that work with Ubuntu or Ubuntu MATE.

On my desktop system that has Ubuntu MATE 18.04.4 LTS (at the time of writing this article) uses the Panda Wireless PAU06 300Mbps Wireless N USB Adapter. I removed my older WFi dongle and plugged in the new Panda PAU06 and it worked immediately. It was 100% compatible with Ubuntu MATE 18.04 LTS. I did not have to install the driver from the Internet or insert the driver CD that came with the device. I have updated and upgraded my system multiple times since installing this device and it never stopped working. I have had multple kernel updates and I never had to reinstall or compile my WiFi driver. I would highly recommend the Panda Wireless PAU06 300Mbps Wireless N USB Adapter for anyone looking for wireless WiFi adapter for their linux system.

(Screenshot from Amazon.com)
On my laptop that has Ubuntu MATE 18.04.4 LTS (at the time of writing this article) uses the Panda Ultra 150Mbps Wireless N USB Adapter. I also removed my older WFi dongle and plugged in the new The Panda Ultra Wireless-N Adapter (PAU03) and it worked immediately. It was 100% compatible with Ubuntu MATE 18.04 LTS. I did not have to install the driver from the Internet or insert the driver CD that came with the device. The laptop has received multiple updates and upgrades and several kernel upgrades and it still continues to work. I highly recommend this for anyone looking for a small or low profile WiFi dongle.

(Screenshot from Amazon.com)
The Wireless USB Adapters below this point are used by family members or friends and they all work great with Ubuntu MATE. The Panda PAU05 300Mbps Wireless N USB Adapter worked immediately when plugged into a system using Ubuntu MATE 18.04 LTS.

(Screenshot from Amazon.com)
The Panda PAU09 N600 Dual Band (2.4GHz and 5GHz) is also compatible with Ubuntu MATE 18.04 LTS and it has the longest range of the Wireless USB Adapters on this webpage.

(Screenshot from Amazon.com)
If you are looking for additional information on compatible USB wireless adapters for Linux then check out the links below.

If you have a desktop computer or a stationary computer and you are using an external WiFi dongle and you are getting tired of re-installing your Realtek Wireless Driver everytime there is a kernel update, then you might want to install a Powerline ethernet Adapter. Powerline ethernet Adapter uses your electrical wires to carry your Internet signal and then on the receiving end the electrical voltage is removed and it only passes your Internet signal. You can get a better understanding on how this works by reading the article called 9 Things About Powerline Adapters You Need to Know First. I purchased the TP-Link AV600 Nano Powerline ethernet Adapter Starter Kit for my Smart TV and it works great. It worked so good that I purchased another one for my parents Smart TV. Lightning zapped one of my parents adapter, so I ended up getting them another set. My parents wireless modem has to send the WiFi signal through two exterior walls before it reaches their Smart TV. This reduces their signal strength making it almost impossible to watch anything from their streaming apps. The TP-Link AV600 Powerline Ethernet Adapter fixed that problem. 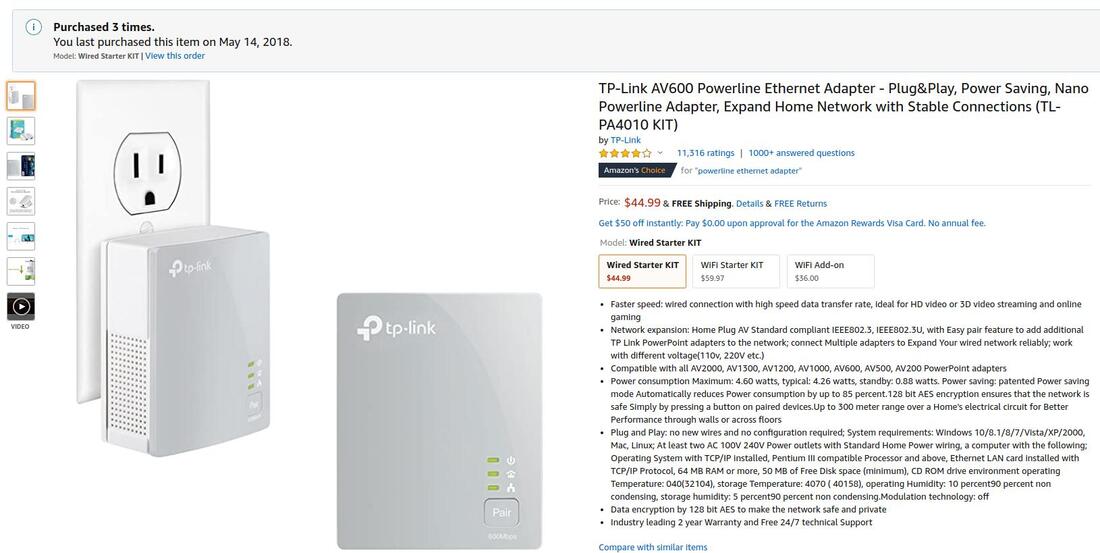 (Screenshot from Amazon.com)
The TP-Link AV600 Nano Powerline ethernet Adapter is very easy to setup. Plug-in an Ethernet cable into the Ethernet port or LAN port of your modem or router and the other end of the cable into one of the TP-Link adapters. Then plug the adapter into a power outlet or receptacle. Then plug-in another Ethernet cable into your Smart TV, Android Box, computer, or etc. and the other end into the second TP-Link adapter and then plug the adapter into your power outlet or receptacle. Then press and hold down the small button on the adapter until the lights starts blinking and then go the the other adapter and press and hold down the small button until it starts blinking. Eventually, the two adapters will sync together and you'll be able to use your power wires as an Ethernet cable to pass your Internet signal from your modem to your device. 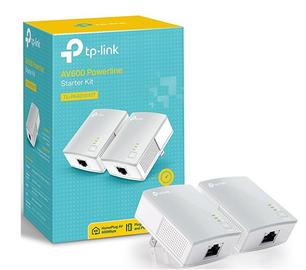 (Image from Amazon.com)
I hope this information helps you get your Linux system online and keep it online during future updates, upgrades, and kernel upgrades.